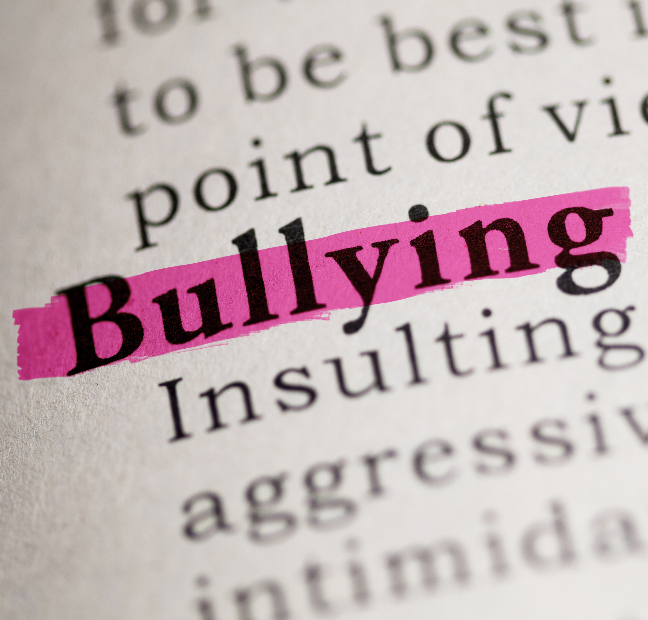 “Do my homework, otherwise I’ll hit you!”

Probably, many of us have heard these phrases at some point in our lives, especially in our school life. At times, it can seem and be just a silly game, the so-called “kids being kids”. But when does it cross the line?

Although there is no consensus on the official definition, we can understand bullying as a set of repetitive aggressive attitudes, physical or psychological, practiced by one student or group of students against another, usually due to race, religion, gender or sexual orientation, causing suffering. and anguish. In addition, there is a relationship of power imbalance, as the bully perceives themselves to be emotionally and/or physically stronger than the victim, and at the same time that the victim does not think they are capable of defending themselves.

Bullying can happen in many ways, the most common being physical aggression, threats, verbal abuse, emotional abuse, sexual abuse and cyberbullying. It is important to note that an isolated aggressive attack between equals is usually not bullying. It is most commonly an example of a one-off situation which children are capable of dealing with on their own or with support from an adult.

The symptoms and consequences of being bullied range from refusing to go to school, crying for no apparent reason, to physical pain, depression and, in extreme cases, self-harm and suicide. However, it is not just the victims who suffer. In many cases, the bullies are also going through hardships, and in adulthood, many can develop mental disorders, in addition to having problems with the law.

Bullying behavior targets differences, which can be real or perceived, so one way we can prevent bullying from happening is to teach kids to express themselves when they feel a joke has gone too far. It is possible to cross boundaries and offend or hurt a person’s feelings even in our immediate circle of family and close friends. It’s up to us adults to teach about personal boundaries, to build in children the confidence to say ‘Stop!’ or ‘No!’, to educate them about what it means to respect the difference in others, how to deal with an aggressive or threatening person, how to disagree without causing pain, and how to avoid a potential argument or fight. In addition, we are role models for children in our relationships, and the way we deal with situations sets an example for them, so we must ensure that our behavior and behavior choices model empathy, level-headedness, and respect for other people’s differences and boundaries.

We all want to see children growing up healthy, developing to their full potential, confident, responsible and independent. For this to happen, we need to be attentive to what they say, but mainly to what they fail to say and take appropriate action. Exclusive channel for parents interested in getting to know the school.